The Payton family met for our reunion in Jonesboro, Arkansas, the birth place of my Dad and all his siblings. My cousin, Debbie Liles, coordinated the event, and she did a fabulous job (as usual). On Saturday, we met at Craighead Forest under a huge pavilion, and we ate catered BBQ and tons of homemade desserts (thank you for helping me gain back a little of the baby weight I had so diligently worked to lose!). The day was scorchingly hot and humid – good ol’ Arkansas style! It was a wonderful time of reuniting and catching up with long lost family members (and then some). 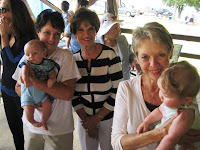 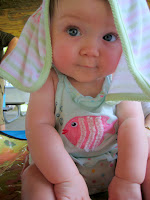 We all ended up back at Debbie’s wonderfully accommodating home where we continued to dine on leftovers (again, those darn desserts could NOT be ignored – okay, so maybe I’m a little weak).

Payton Joy had her very first experience in the swimming pool that day. She absolutely LOVED the water! Cousin Lauren was splashing around with us along with several other people. 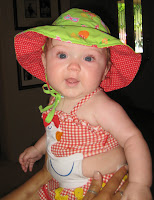 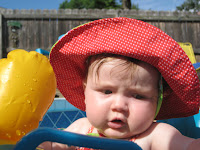 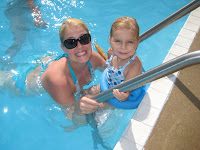 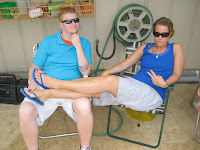 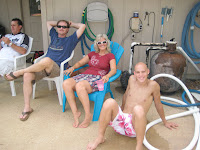 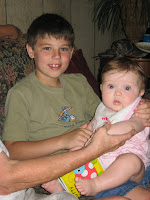 I was putting PJ down to sleep when Debbie gave out all the awards of the weekend, but I quickly learned that Payton Joy won the “2nd to the Youngest” award. Sir Maxwell Luke Payton (son of Jeremy & Kimberly Payton) won the youngest award. They are only three months a part! I plan on putting that cute little certificate in her scrapbook!

My cousin’s new wife, Jana, offered free eyebrow waxes to anyone who was interested (she is a hairstylist by trade & I'm sure she would've accepted money if anyone had offered - ha!). Aunt Betty (or was it Wanda?) kept saying, “Once you begin waxing eyebrows, you’ve gotta always wax them because they grow back thicker…don’t do it!” But the younger folk shunned that notion since it’s totally trendy to do it these days (me included). Even Brooke Shields shapes her gorgeous brows, and she used to have REALLY thick ones, right?!?! To our surprise, several of the guys actually jumped on board! It was mostly because someone began teasing that they weren’t man enough to endure the pain…I do believe Jana’s husband, David, started the trend mostly because he’s been her guinea pig for a couple years now (you go, David!). Then Kristin’s fiancé, Ian, let her wax his…toes!?! (he’s a drummer and he plays barefoot). ’s boyfriend, Andrew, got his eyebrows waxed, and acted like it didn’t hurt one iota (that’s punny). Garry’s reaction, however, was the best…he hooped and hollered like his entire forehead had been ripped off!! I guess it was the Forell family who reaped the largest benefit from the waxing episode…because Shelley, Kristin, and Brittany did it, too! I only have this picture, though, as Jana and I were posing for the camera to make it look like it was really painful (but it's not). 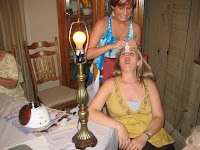 Sunday morning, anyone that was still in town convened for brunch at Ryan’s Eating Trough – oh, excuse me – that’s Ryan’s Grill & Buffet. We had the entire back room reserved for our group, and there were quite a few people! We took many photos as you’ll see here. 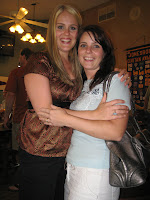 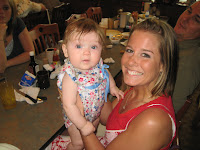 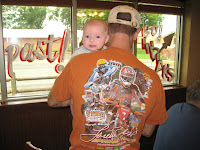 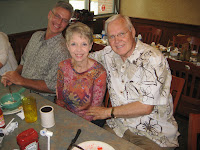 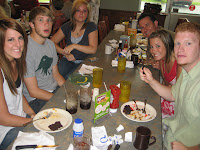 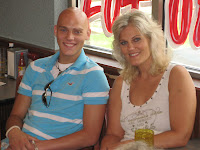 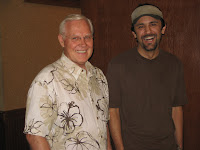 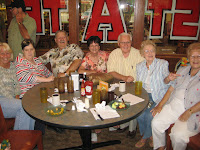 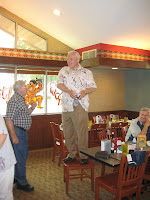 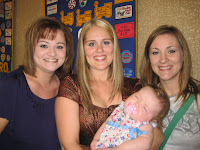 Dad was "shooting from the hip" with his camera!

Much to my excitement, my two best friends from , Chrystal and Rachel, drove into town that morning (4 hour drive) to meet up with us! I was overcome with appreciation that they’d make the effort to come see us. It was Chrystal’s first time to meet Payton Joy, and Rachel just had to get another dose of her. We went back to Debbie’s house for the afternoon and took way too many photos. 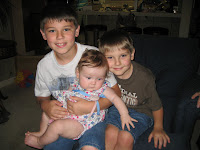 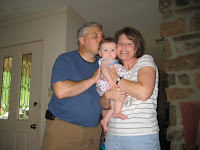 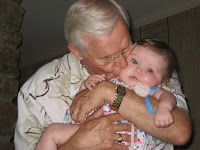 It was a wonderful weekend with my immediate (and extended) family and MY good friends. Dad and his new wife, Patricia, & Becky (with Evan & Andrew), Shelley & Garry (with Kristin & & Andrew), Cavin & Anne (with Caitlin & Coty), and Chrystal & Rachel came to the reunion…it was PJ’s first time to meet many of them, and it was very special (Amy was the only one who couldn't attend, and we missed seeing her). After driving home to , I immediately started missing all of them…wishing we could have spent more time together. We will reunite on September 26th for Kristin & Ian’s wedding in , and I’m counting down the days until that special event!
Posted by Christy G. at 2:20 PM No comments: 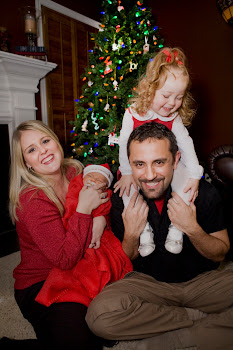